Posted by Vince Palamara at 7:21 PM No comments:

Labels: THE NOT SO SECRET SERVICE- AGENCY TALES FROM FDR TO THE KENNEDY ASSASSINATION TO THE REAGAN ERA, vince palamara 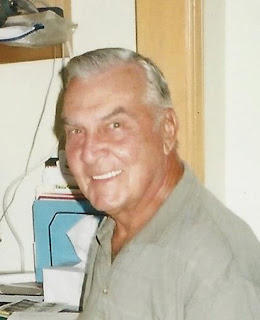 Update Obituary
ROBERT E. LILLEY (1932-2016) (AGE 83) entered into peaceful rest to join our Lord Jesus surrounded by his loving family Feb. 19, 2016 at Lee Memorial Hospital, Ft. Myers, FL. Bob is survived by his devoted loving wife Patricia Kronen Lilley & loving puppy, Fancy; son, Lee Clayton Lilley (Special Friend, Donna) 2 daughters, Lynda Fowler Johnson, (Mike) & granddaughter Melissa Fowler /Lisa Lilley Brady & husband Lynn; 2 step-daughters, Lisa June Mouser, (Ed) & granddaughter Callie Mouser /Lori Ann Wallace, (Robert) & granddaughter Jennifer (Ronnie) Long; 2 great-grandchildren Alex & Amber, his brother Kenneth B. Lilley & wife Beverly; 2 step-sons Edward & Bradley Kronen, & numerous nieces & nephews. He is predeceased by his beloved parents, George Burnham & Lillian McCullough Lilley as well as a stepson, John Kronen.
Robert was a 25 yr. member of Rocky Bayou CC, Niceville, FL, past member of Crosspoint United Methodist Church, former Executive Board Member of St. Martin’s Episcopal Church, Ballwin, MO; Advisory Board of St. Louis Community College. Bob thoroughly enjoyed years of playing golf in FL and ME with his family & friends especially participating in tournaments. He was known for his cooking skills serving scrumptious full course meals.
Born in Portland, ME, Bob graduated from Scarborough H.S. 1950 Class Salutatorian, his mother, Lillian McCullough was 1930 Class Salutatorian from the same high school. Bob excelled in athletics lettering in 3 sports: basketball, baseball, & track & recruited by legendary Notre Dame coach Adam Walsh, of the famous: “Four Horsemen” of Notre Dame; he received full scholarship to Bowdoin College, Brunswick, ME, where he played varsity baseball, football & track graduating in 1954 earning B/A Political Science, Minor/Psychology, a duel M/B/A in 1976 in Criminal Justice Management & Urban Affairs from Webster College, Webster Groves, MO. In I954 – Immediately upon graduating Bowdoin he entered the USAir Force serving in Combat Air Police & O.S.I. (Office of Special Investigation) a military investigation unit with duty in Japan, Korea & US implementing counterintelligence & major felony criminal & investigations. While in Japan for 2 yrs. he was O.S.I. Agent liaison for 14 Police Departments. Due to sensitive positions during his tenure he was awarded Top Secret “Q” Clearance Classification dealing with the Atomic Energy Commission and “Crypto” Classification with the Central Intelligence Agency (CIA).
1958 U.S. Secret Service Presidential Protection Division served & protected 7 Presidents: Eisenhower, Kennedy, Johnson, Nixon, Ford, Carter & Reagan. He was advanced to (S.A.I.C.) Special Agent In Charge of 3 Major regional offices: Kansas City, MO; Boston, MA & St. Louis, MO. In 1969 he became the Secret Service‘s youngest Agent in Charge of a Field Office at age 36, directing & controlling the S.S’s intelligence and criminal investigations; implementing protective responsibilities while maintaining liaison with directors of Federal, State & Municipal agencies. Bob lectured through the mediums of TV, newspapers & radio. He directed and planned logistics & security for V.P. Nelson Rockefeller’s Presidential mission to Latin & South America working in 27 countries. He received the U.S. Treasury Department’s “Superior Performance Award”, also the Treasury Department’s Special Award for “High Quality Work”. In 1971 he became Assistant Special Agent in Charge of the US Treasury “Forgery” Divisin. Bob was responsible for administrative & operational direction of forgery investigations & sting operations conducted within inter-state counterfeit & forgery investigations. He worked in 105 foreign countries as Advance Agent coordinating logistics & security for Presidents, various Prime Ministers & commanding Generals of branches of the US Military. He was a graduate of Atomic, Biological & Chemical Warfare training and a Court-Certified Handwriting & Document Expert. He lectured many groups of Special Agents and staff at Secret Service Headquarters concerning complex protective procedures. Bob lectured on a quarterly basis to the Boston Police Academy; Lions & Rotary Clubs, V.F.W., Chamber of Commerce, Banking Industry, Civic groups, along with numerous Colleges & Universities during his extensive career. He assisted in the formulation of general policies governing methodology of the investigative forces of the Secret Service. Bob was the Treasury Department’s representative on the Federal Executive Board for Government agency heads in Washington, DC. He was considered a top manager for the Secret Service. He prepared the operational details for Presidential campaigns briefing entire campaign staffs of the gathering of intelligence for the city of Washington, DC. Bob’s career spanned 35 years in Security & Law Enforcement. He worked in 105 foreign countries protecting 7 Presidents, Vice Presidents, visiting Heads of State & worldwide dignitaries.
Upon retiring from the Secret Service he accepted a position Chief of Corporate Security for a world-wide corporation comprised of 55 divisions. Bob retired from the USSS on a Friday commenced his new position Monday. He managed & budgeted responsibilities of all executive protection worldwide while being responsible for security at headquarters, aviation security, internal investigations; revamping of the in-house guard force implementing & establishing physical security for executive protection for all 55 divisions within the corporation. Bob had substantial national & international contacts in law enforcement & weekly contact with State Department, CIA, Secret Service & Department of Commerce regarding political climates in foreign hot spots in order to assess travel dangers for each of the corporation’s frequent foreign trips.
Bob performed unparalleled service to his nation while demonstrating integrity, dedication and courage beyond measure. His achievements were defined by his subtle dignity & warm personality. He was a man honor with strong Christian values and gracious demeanor. He was highly respected by family, friends, neighbors and colleagues. He made an impact and will be sorely missed by all who loved & admired him.
May you rest well our Beloved “Protector” and know you are deeply missed. We have total faith we will all be together again somewhere over the rainbow. May you soar on wings of Eagles at “Mach 2” with President Kennedy at your side. Soar high beloved “007” and God speed! Good night strong humble protector until we meet again. (Timothy-Chap 2; V 7): “You have fought the good fight; You have finished the race; You have kept the faith!”
There will be a ‘Celebration of Life’ to honor Robert’s memory on Monday, August 24, 2016 at St. Joseph Catholic Church, 225 S. High Street, Bridgton, ME. To honor Bob’s memory, a donation may be made to the Salvation Army Headquarters, PO Box 269, Alexandria, VA 22314. 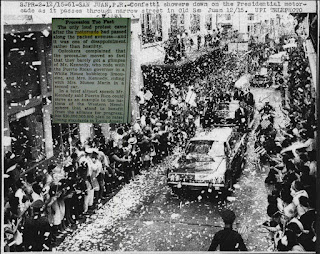 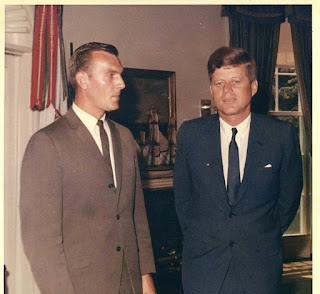 Posted by Vince Palamara at 4:42 PM No comments:

My third book THE NOT SO SECRET SERVICE- AGENCY TALES FROM FDR TO THE KENNEDY ASSASSINATION TO THE REAGAN ERA comes out in 2017. My first two books have done so well there is strong demand for a third! This one will further debunk and destroy the credibility of Blaine, Zboril, and their ilk, but there is more; much more. I cover the period from the early 1930's to the late 1980's (FDR-REAGAN). This one will be the most readable of the three.